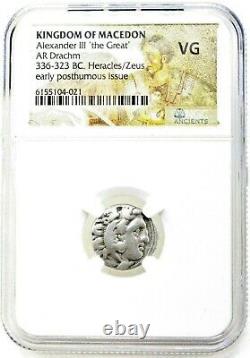 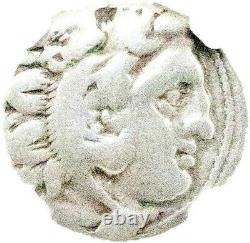 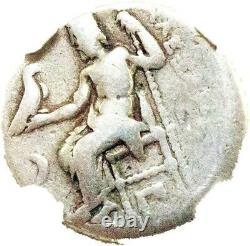 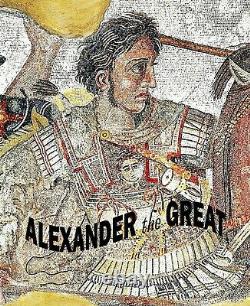 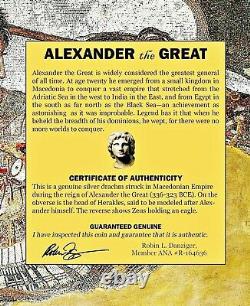 Ancient Greek Macedonian Empire Alexander the Great Coin NGC Certified VG & Story, Certificate. Alexander the Great is widely considered the greatest general of all time. At age twenty he emerged from a small kingdom in Macedonia to conquer a vast empire that stretched from the Adriatic Sea in the west to India in the East, and from Egypt in the south as far north as the Black Seaan achievement as astonishing as it was improbable. Legend has it that when he beheld the breadth of his dominions, he wept, for there were no more worlds to conquer. This is a silver drachm struck by Alexander.